Selected students from all over the Czech Republic had a unique chance to visit the Chamber of Deputies of the Parliament of the Czech Republic accompanied by its historically youngest member Dominik Feri who complemented the whole tour with interesting facts about both past and current events in the lower house of the Parliament. The tour attendees could take a look right into the main meeting room, sit in our lawmakers‘ actual seats and thus take on their roles for a while. Furthermore, a not very well known spot of the Thun Palace, which is the main building of the Chamber, was shown to us by the Deputy – a relaxing terrace which offered a splendid view of the Rosenberg and Lobkowicz Palace or the journalistic atrium in which press briefings of individual political groups are commonly held after the plenary sessions of the Chamber. At the very end of our tour we were able to have a glance at some of the official documents which shaped the course of our nation’s history displayed on the hallway’s walls among which the proclamation of Adolf Hitler establishing the Protectorate of Bohemia and Moravia from March 1939 or the Constitution of the Czechoslovak Republic from May 1948 could’ve been found. 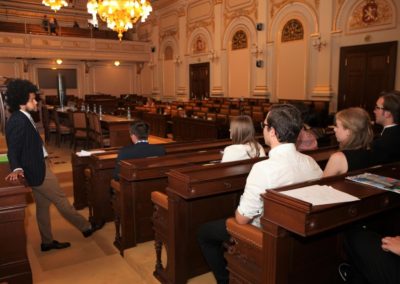 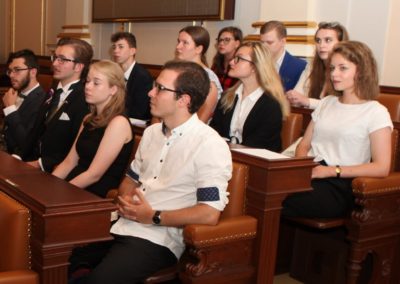 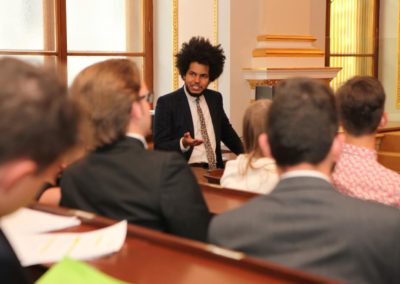 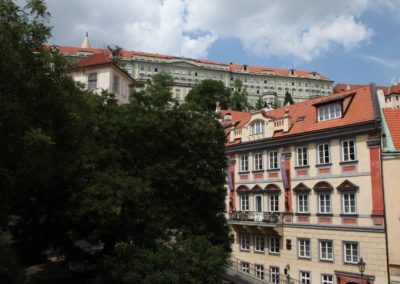